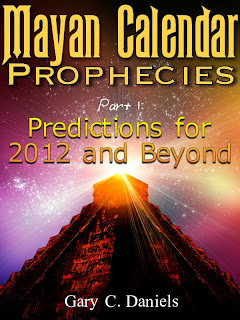 I just released part 1 of my new book Mayan Calendar Prophecies. The book will initially be released as a four part series on Amazon.com’s Kindle platform (but you don’t need a physical Kindle to read the book. You can also download the free Kindle reader software for your Mac or PC.)

Part 1: Predictions for 2012 and Beyond has just been released. A brief description:

The Mayan prophetic books of Chilam Balam utilized past events to predict future events. Mayan “prophets” did not simply receive visions and make random predictions. Instead they created a careful analytical system that looked for patterns in past historical events that took place in previous eras and then from these tried to make projections into the future. In fact, this analytical system was very similar to modern scientific forecasting.